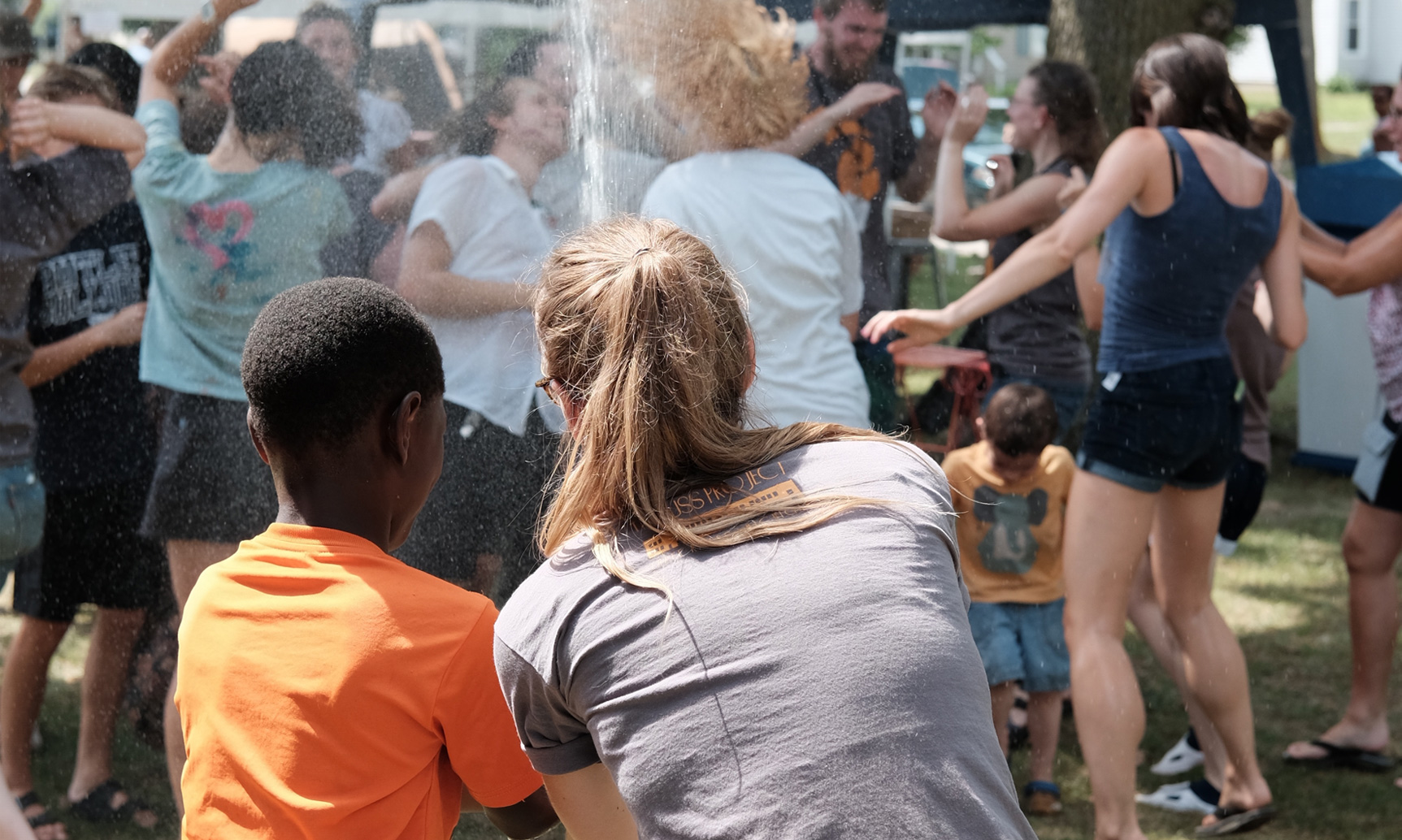 The 7th annual celebration of friends, fun, food, tradition, and creativity has come and gone with Huss Future Festival 2016 now under our belts. How was the day? It was hot. And so, so cool.

Over 700 people made the trek out to the old Huss School building, even in the extreme heat. Kids enjoyed games and prizes in the Community Carnival—featuring nine community organizations and a voter registration booth (for the adults!)—as well as a brand new addition of the Huss Hydrocourse!, a water-themed obstacle course that kept many an attendee competitive and cool.

There was so much to do, both outside the building and in. Though we’ve had a “selfie” area in the past with costumes and props to dress up in, this year was the first time an actual photo booth was built inside Huss, and this year picture-takers even had the option of paying $1 to take their reel of four photos home. The Back-to-School Celebration, sponsored by Three Rivers Area Faith Community, was a hit as usual, with over 200 kids getting the backpacks and school supplies they need to start the year on track. Speaking of track, we owe a huge thank-you to Frankie’s “By the Tracks” for supplying the pizza, which each backpack recipient was offered for lunch.

Oh, and speaking of lunch, there was food galore! Ambassador’s For Christ served up their legendary barbeque. Weenie King kept up the legacy of the immortal bacon dog, and the Farmers Market booth served up some cool fare of hummus, pita, vegetables and kale/quinoa salad! If that wasn’t enough to fill our guests up, they often wandered inside to peruse the huge variety of baked available at the by-donation baked goods booth. All this was washed down with a strikingly beautiful coffee-art latte by Speaking Stones Café or a icy-cool snow cone.

All this sipping, eating, and playing went on to the beat of some fantastic local bands including a new crowd favorite: One Accord from New Jerusalem Baptist Church. Those who wandered down the Huss hallway saw the gallery displaying the talent of local artists, including photos taken by neighborhood kids—another new addition at Future Festival 2016. Also inside was our community rummage sale. Chairs, clothes, and home goods flew this way and that as the public snatched up great finds from the many donated items.

Another new and exciting addition this year was the Lowry Lockup! Our mayor graciously agreed to be “arrested” and serve his time on our fire escape above the stage area while we raised enough money for his “bail.” While he was “locked up,” friends were able to purchase gifts to send him to make his stay a little more comfortable—such as a chair, an umbrella, some reading material, etc. Finally, local attorney Luke Nofsinger pleaded his client’s case before the honorable Judge Diane Clay for Mayor Lowry’s release. This part of our fundraiser raised over $550 that will be put toward a heating system in the new woodshop at Huss!

All around it is fair to say that the 7th annual Huss Future Festival was a great success! As always, we cannot say enough thanks to our volunteers, community partners, all those who donated food, time or rummage, and everyone who came out to make that hot day such a great one.

Oh, did I mention the festivities wrapped up with a three-song dance party under the spray of a garden hose? It was awesome. There’s no better way to celebrate a beautiful, communal, fun, exciting, visionary day! You can see all of our photo booth photos and photos from the entire day in our Flickr gallery.