A *culture is not optional project 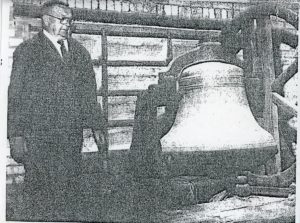 During the Huss School’s construction, the local fire department donated the old fire bell to the school. Cast in 1868, this bell was used at the old fire station at 122 N. Main Street. By the time the bell was donated to Huss School in 1919, it had already been used extensively.  The bell was used as a regular school bell for the entirety of Huss’ existence as an elementary school. Being the only bell of its kind in use by a school, the Huss Bell was a source of pride for the local community. Residents of Second Ward appreciated the bell to such a degree that in 1968, when an attempt was made to move the bell to the new city hall building, the neighborhood community demanded the bell stay at Huss, which it did.

Become a Friend of Huss!

Become a Friend of Huss by making a donation of $10 per month or more.